My nephew Anthony came out for a short visit, so we did a whirlwind tour of the area.

We went to the Bradbury Science Museum in Los Alamos. 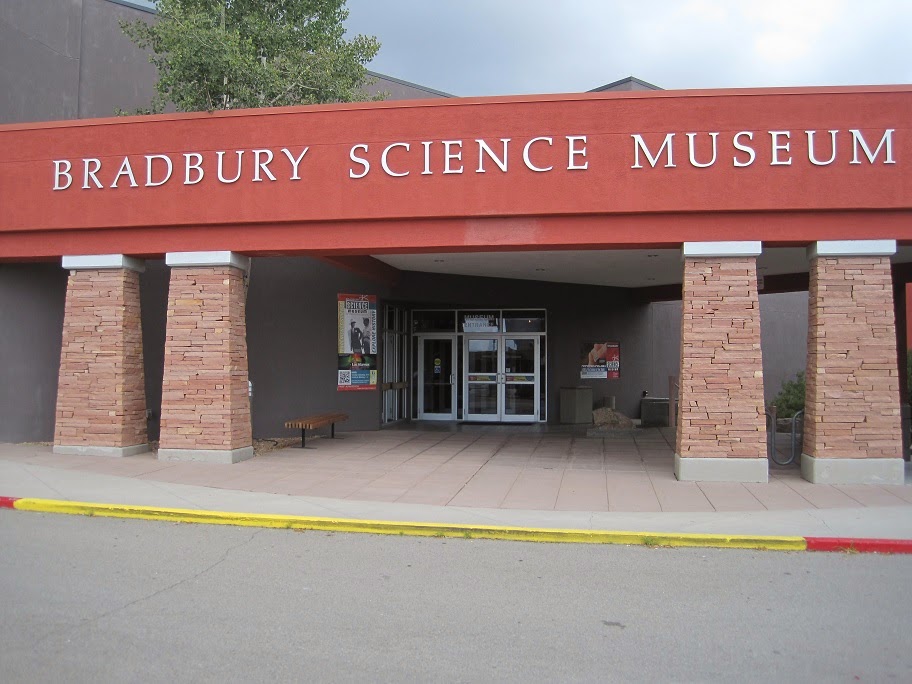 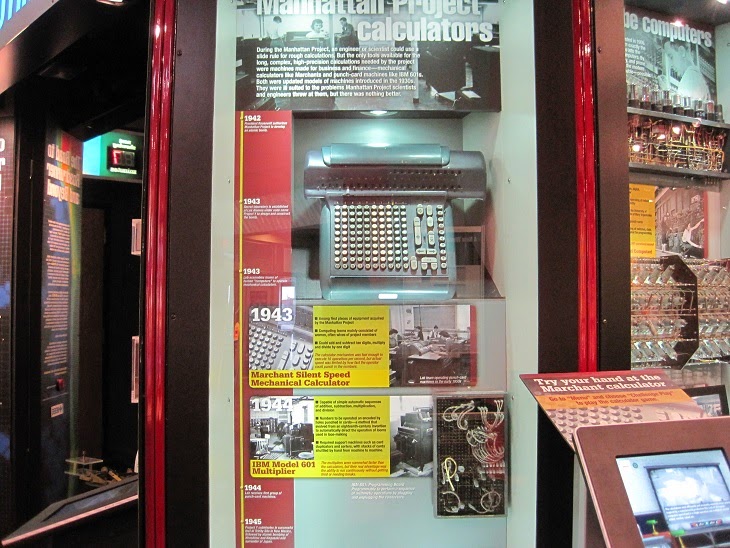 We spent a little time at Bandelier National Monument where we hiked around the cliff dwellings between thunderstorms. Here's the only picture I have in my camera of Anthony. 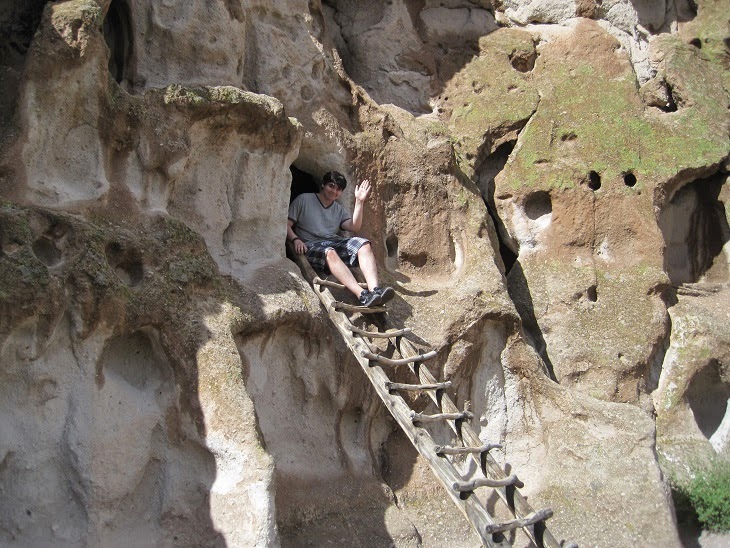 In Santa Fe, we walked around downtown and checked out St Francis Cathedral... 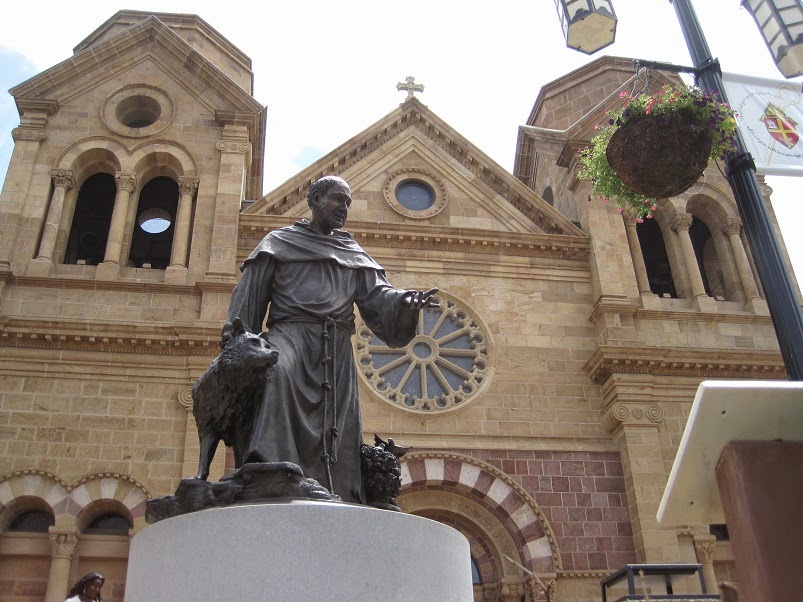 ...and Loretto Chapel with the miraculous staircase. 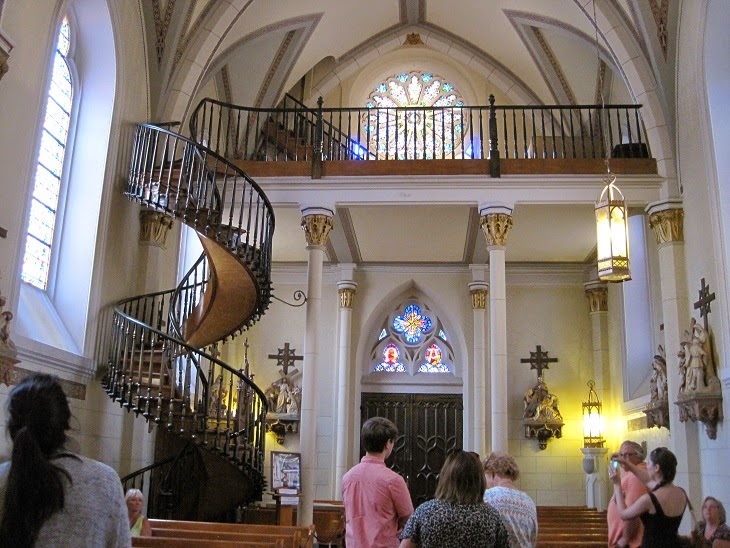 The New Mexico State Capitol deserves its own blog posting, but if I don't post it here now, it'll probably never get done. 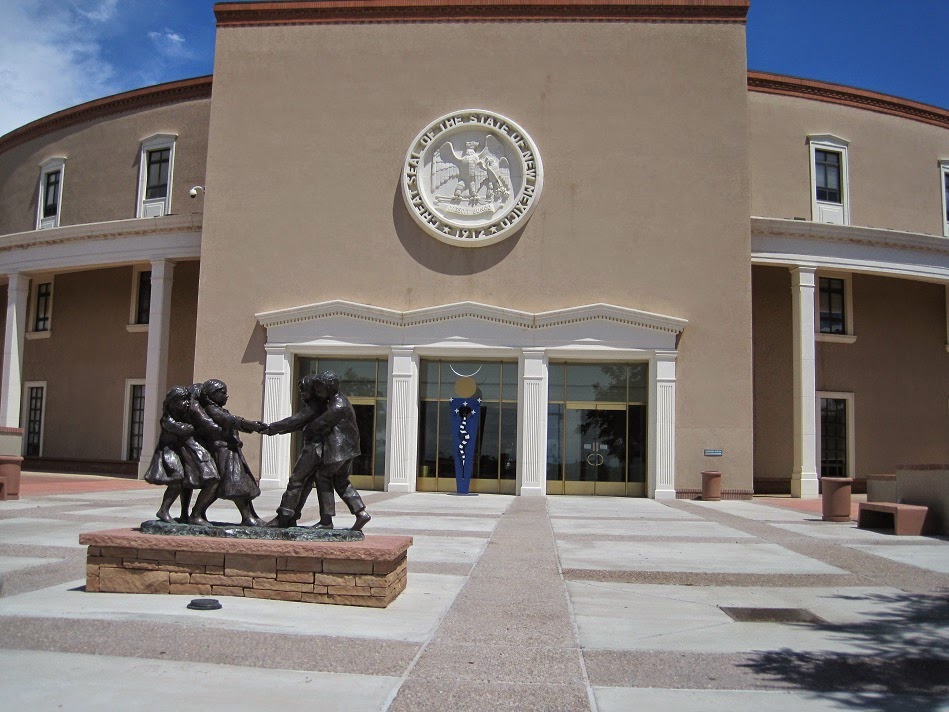 This is unlike any other capitol I've seen. Known as the Roundhouse, it's the only round capitol building in the country. From above, the Roundhouse resembles the Zia sun symbol, which is on the state flag and also used in the design of the seal of New Mexico, as seen on the floor of the rotunda. 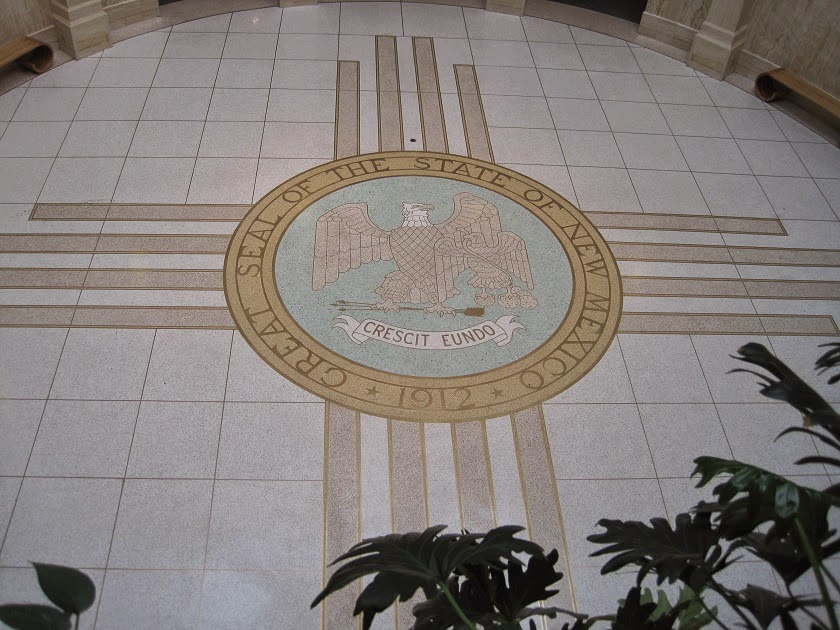 The ceiling skylight in the rotunda is stained glass patterned after a Native American basket weave symbolizing the sky and the earth. 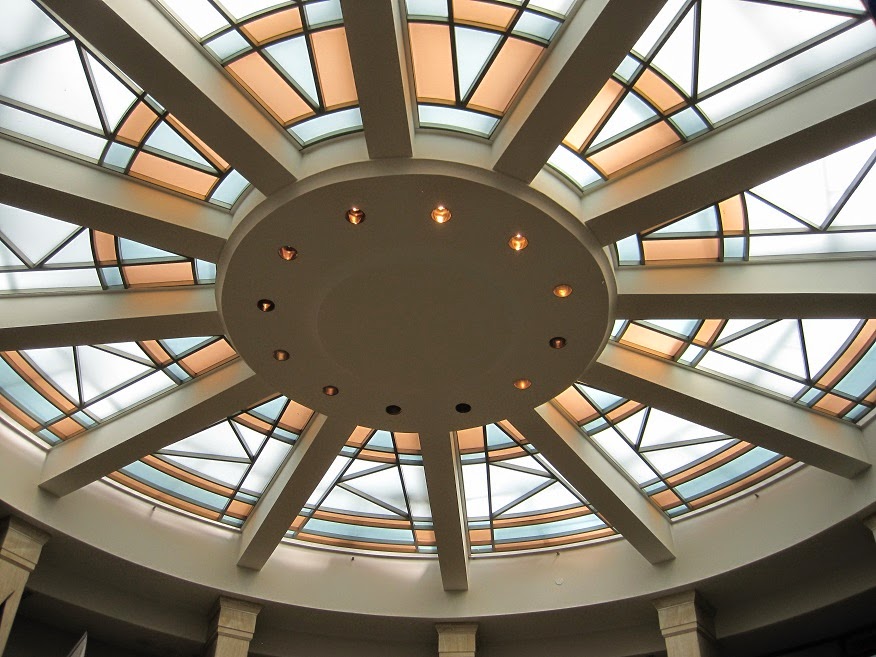 This capitol houses the New Mexico Capitol Art Collection, so it's an art gallery in addition to housing the state legislature. 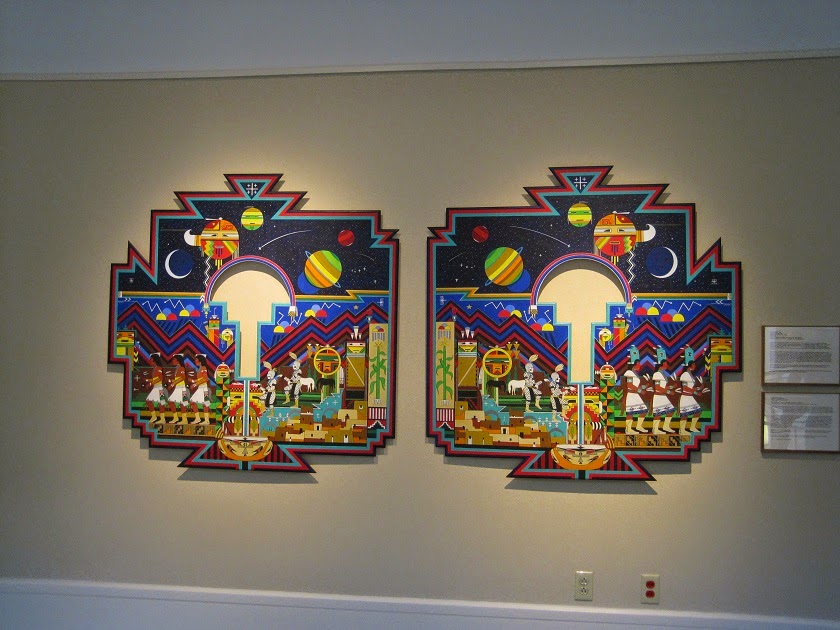 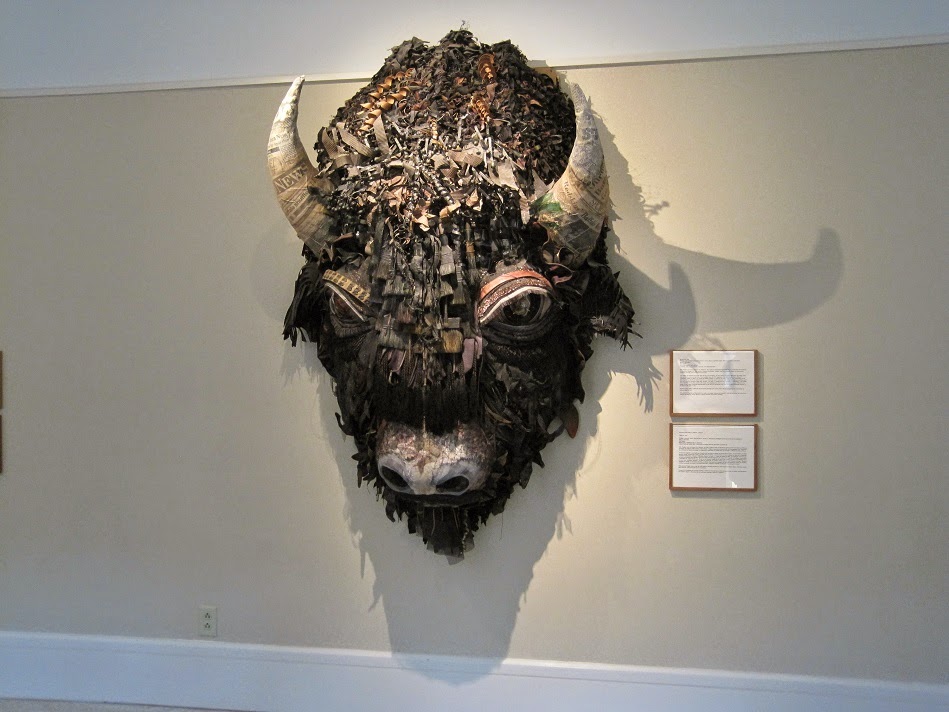 The National Museum of Nuclear Science & History is in Albuquerque which is where Anthony had to catch his flight back home to Connecticut, so we stopped in to check it out. 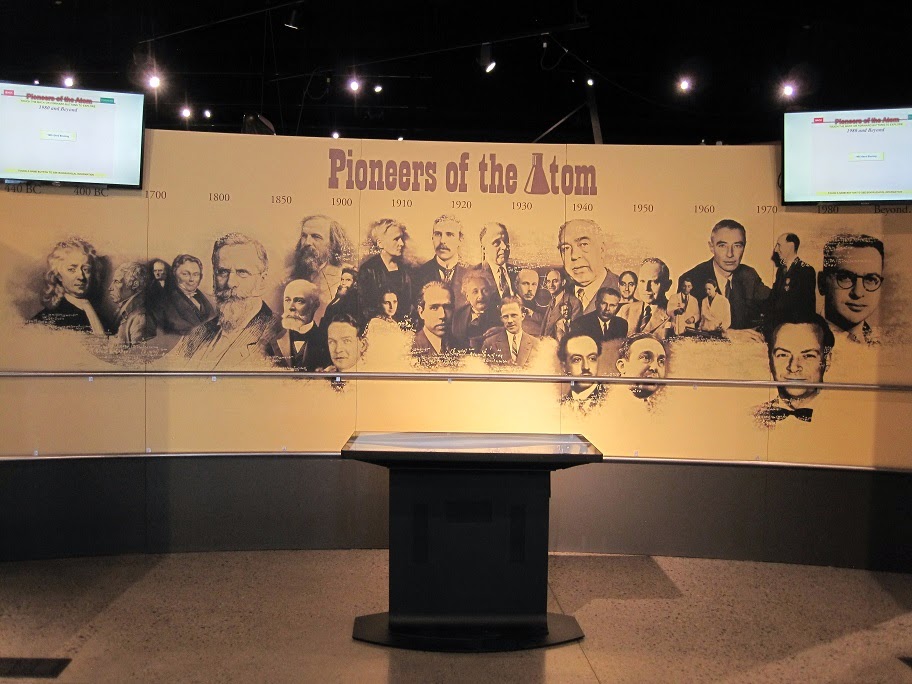 There are lots of exhibits inside and outside this museum and they're all nicely presented. You can see a list of temporary and permanent exhibits here.

Some exhibits are interactive, like this of Marie Curie with a touchscreen to learn about various aspects of this pioneer's life and contributions to nuclear science. 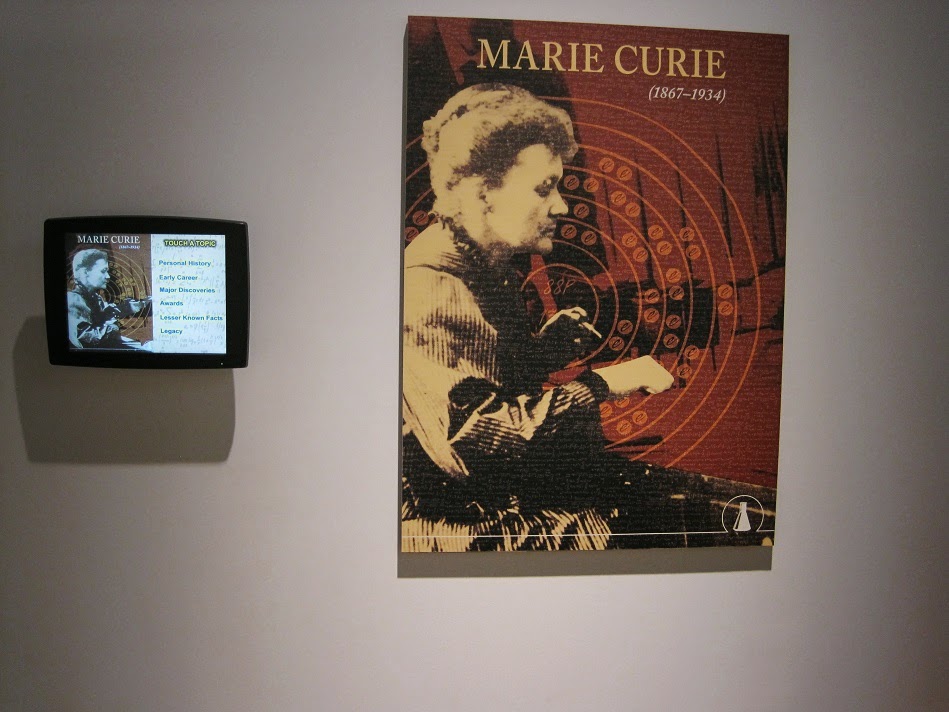 There's an exhibit on the Manhattan Project with this model of the "Gadget", the world's first atom bomb tested at the Trinity site about 100 miles south of the museum. 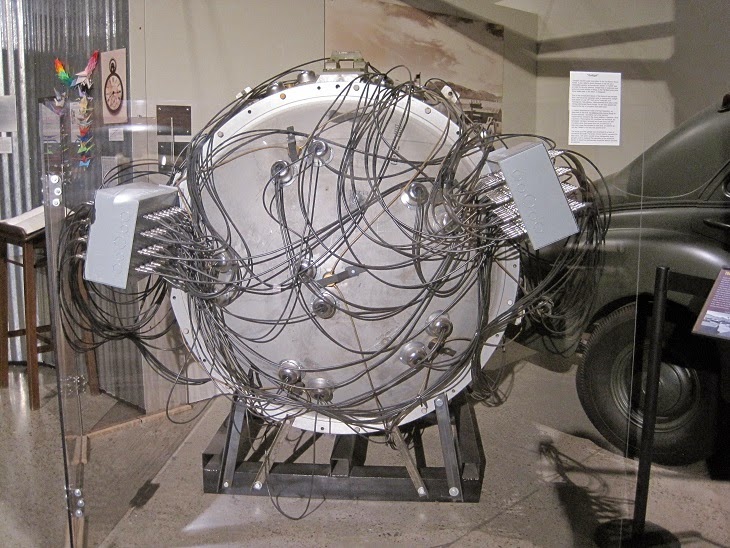 Outside, there are bombers and missiles and such. 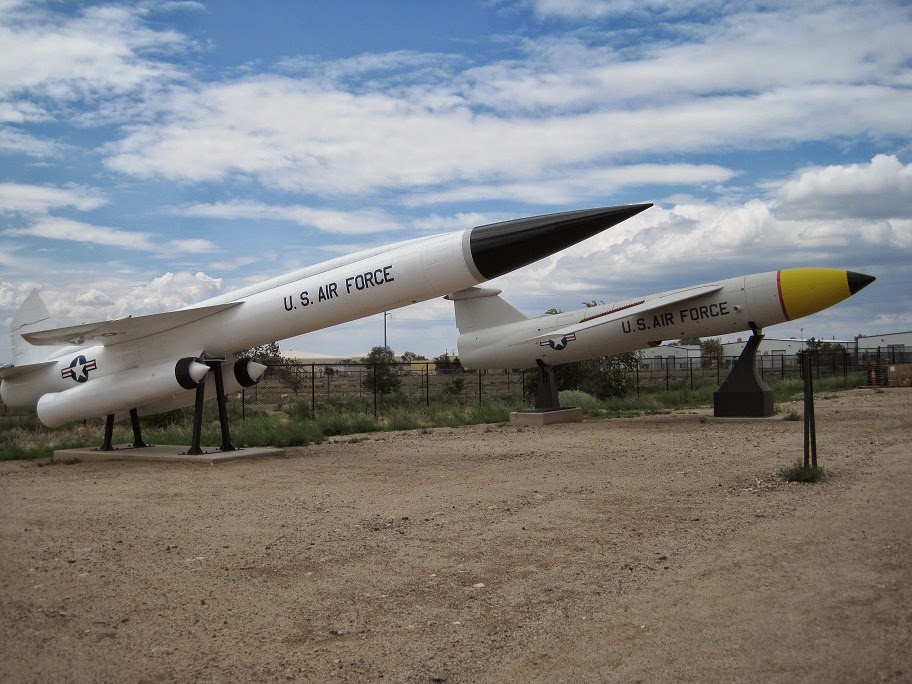 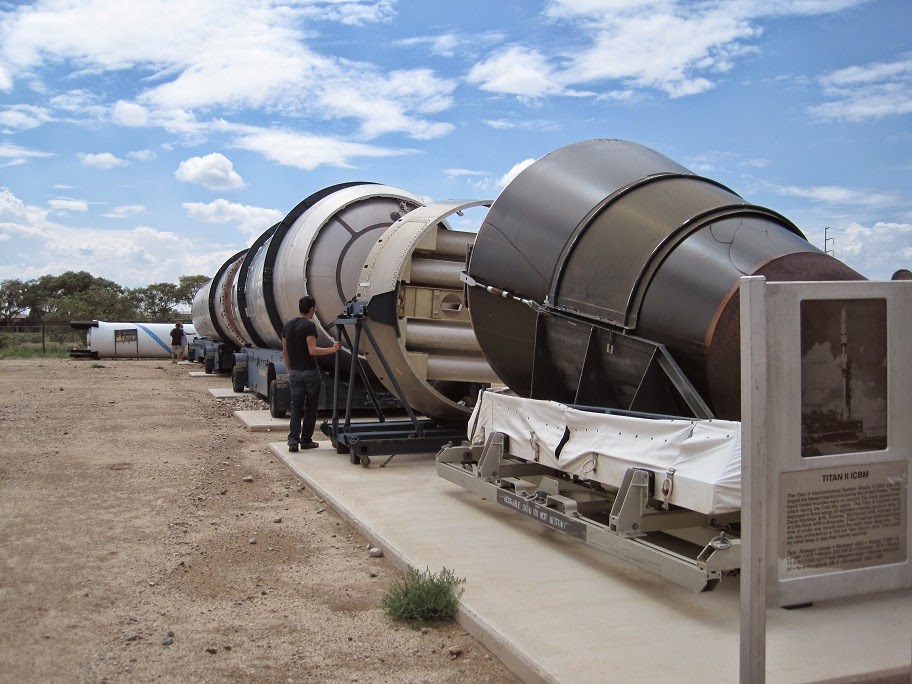 There's an extensive exhibit on uranium, where it's found, how it's processed for use and what's done with it after it's used. 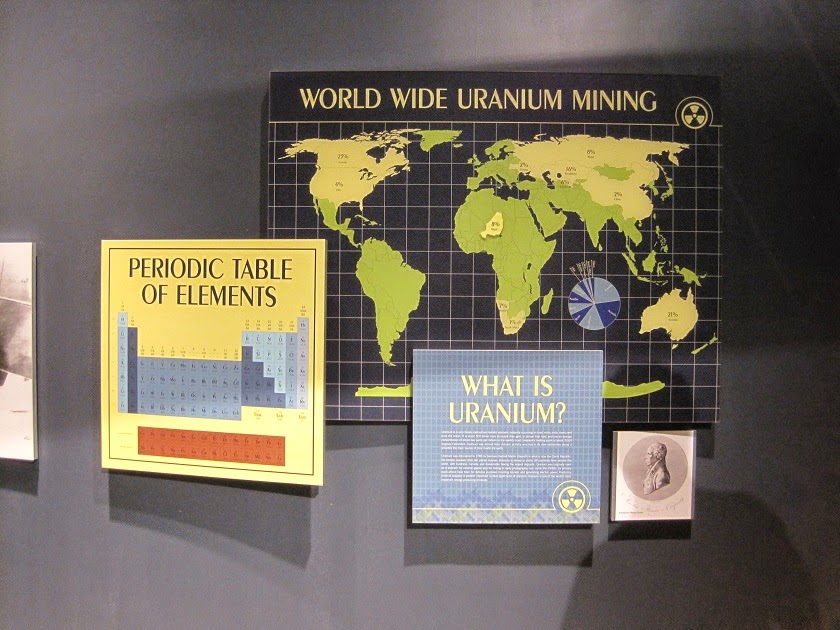 There's a kids' section with hands on activities and this cool drawing of Einstein. 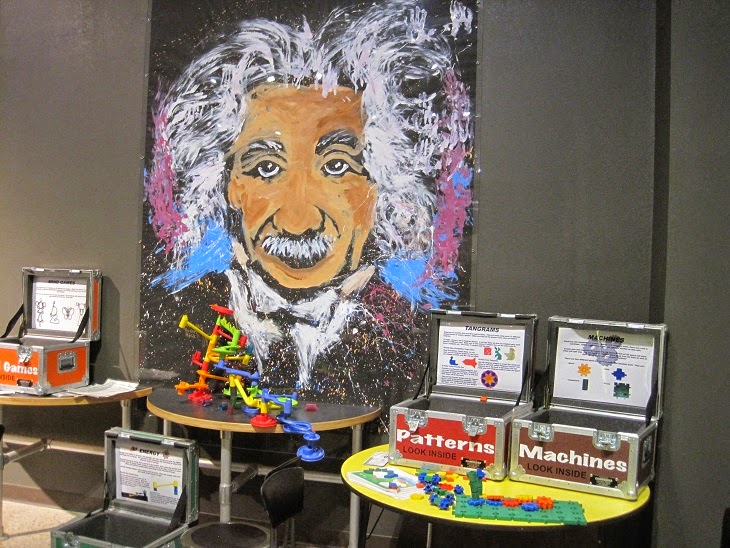 I've hardly scratched the surface on any of these places, so click on the links provided to learn more if you're interested.