This is Indie. She's Debbie's dog. While Debbie and Evan were in California, I got to dogsit for a while. She's obsessed with toys and she likes playing catch with these little plush balls that I got her (there's one between her paws here). 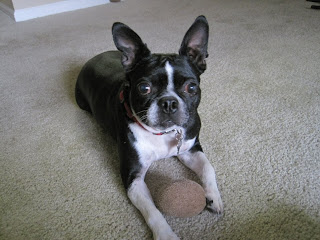 This is Indie after playing catch and fetch. She's worn out. 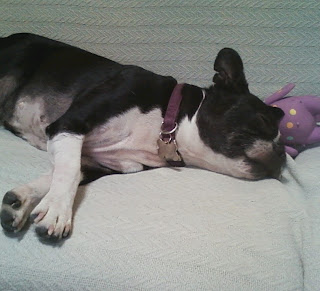 This is Indie during a thunderstorm. She's terrified of the thunder. She's wearing a Thundershirt. It seems to help a little. There were thunderstorms nearly every afternoon. 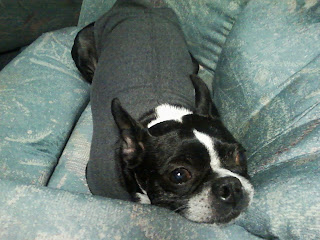 Here's a closeup of her sitting on my lap. She's smiling, right? 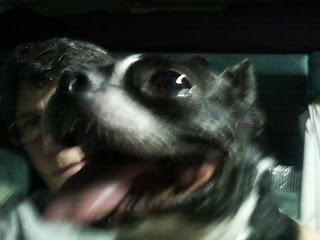 I've considered getting a dog. They're good company, for sure, but I think I'll just hold that thought for now. Maybe next year.


A billboard near Denver, CO. 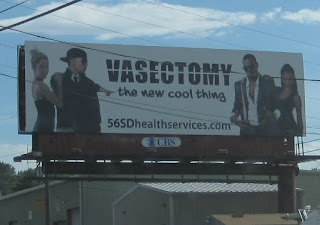 
While in SD, we visited the Minuteman Missile National Historic Site which is looking forward to the opening of the permanent Visitor Center projected to be opened in November 2014. In the meantime, there's a small site where you can get tickets to tour the Delta-01 Missile Launch Control Center. Here's a picture of a launch control center under construction. 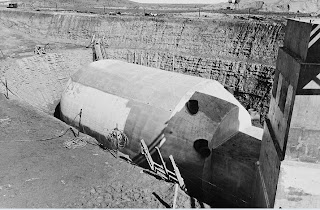 Imagine sitting in one of these, 30 feet underground.

Here's a picture of the blast door going into the launch control center. 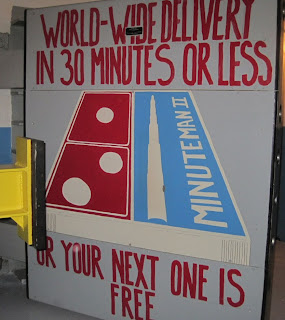 A crew of two Air Force officers would spend a 24-hour shift here training and drilling and waiting for a job that they hoped they'd never have to do. Fortunately, none of them ever had to turn the keys to launch the missiles. Here's the commander's control station where they monitored their 10 missiles which were located many miles away. 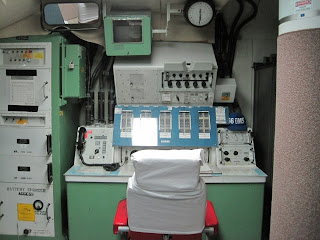 Here's the deputy commander's station and our tour guide who worked in various jobs in missiles for 13 years. He shared a great deal of information with us from his own experience. It was especially fascinating to learn of all the backup plans. For example, if one of these launch control facilities were knocked out, the missiles could be launched from one of 4 others and if they were all knocked out, they could be launched from the air aboard aircraft that were flying around the area 24/7. 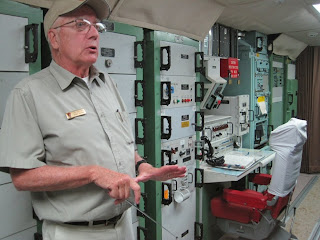 One of the missile silos is available for viewing. It's several miles away from the launch control facility and has a dummy missile in it. 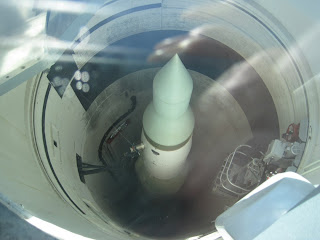 We also went to the South Dakota Air and Space Museum and there you can get a tour of Ellsworth AFB, including a tour of a training missile silo similar to the silo above. Only this time, you get to go down into the silo. Here's another dummy missile. 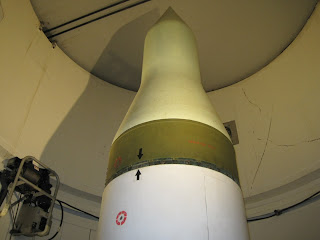 And here are the electronics that monitor the missile. 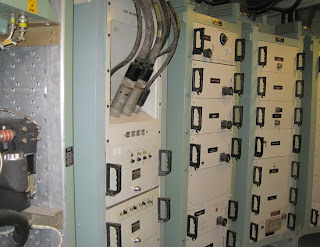 The South Dakota Air and Space Museum is a small museum and has many large planes outside, including a B-1 bomber which is what is flown at Ellsworth AFB. 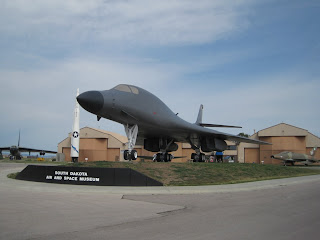 There's interesting history in this small museum. I liked this picture of Flying Regulations from the year 1919. 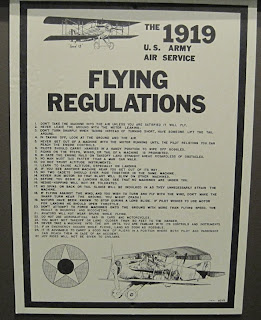 Rule #21: Aviators will not wear spurs while flying.