We visited the Rock and Roll Hall of Fame and Museum this week. The building is beautiful inside and out. 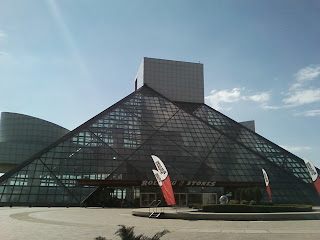 There are many different kinds of displays. One area has the different types of music that preceded and influenced rock and roll. Here's one with various artifacts from The Blues. 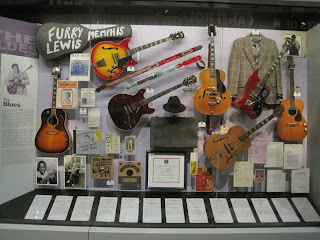 There's a large exhibit about the protests against rock and roll in the early days, including quite a few video clips. 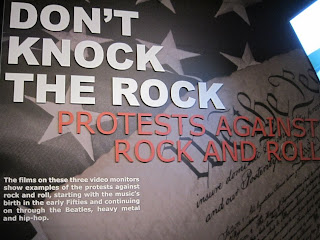 There's lots of video and audio going on all over the museum. This was a big screen with benches across from it where you can sit and watch many different performances. It was kind of like being at a concert with some of the all-time greats in music. The little Porsche in front of the screen belonged to Janis Joplin. 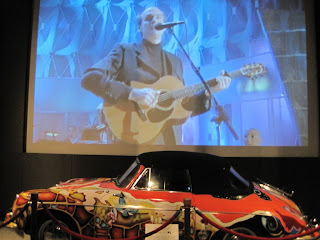 There were lots of outfits and instruments owned by those inducted into the Hall of Fame. Here's Bonnie Raitt's jacket and guitar. 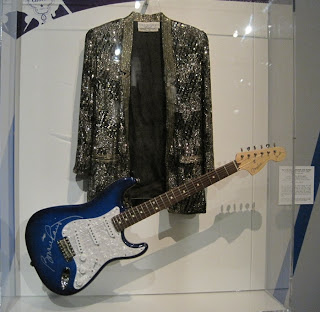 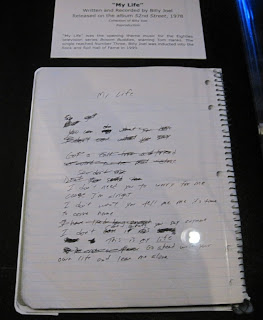 I was impressed by how well-done all the displays were and they even had an ATM that looked like a jukebox which kept it "in character" with the rest of the museum. 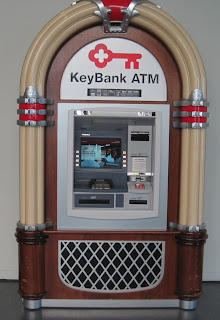 Inside the entrance is a very large poster of the Rolling Stones. The band is featured in a special exhibit that celebrates the band's 50 years.  FIFTY!! Holy smokes! 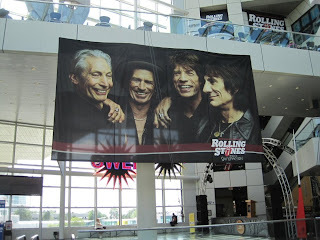 This is just a small sample of what you can see. More importantly, there's plenty to HEAR too. It's a beautiful, well done museum and I highly recommend it if you're ever in or near Cleveland.
Posted by Nancy at 7:10 PM