Spent a week in Cheyenne with the WINs for Frontier Days festivities.

It started with a parade. There were 4 parades. I just went to the first one.

There were cowboys, of course. 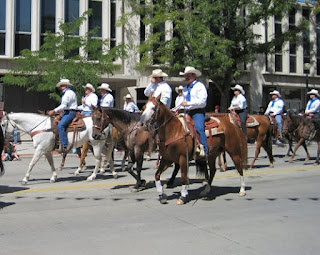 And lots of horses and horse-drawn vehicles. 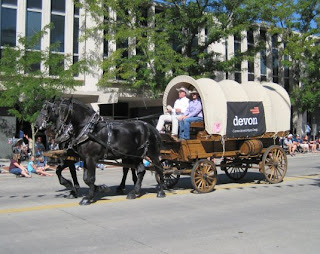 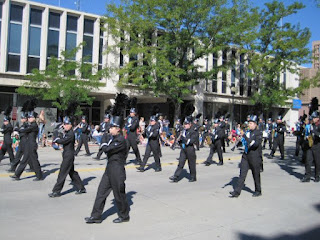 And old cars and old tractors. 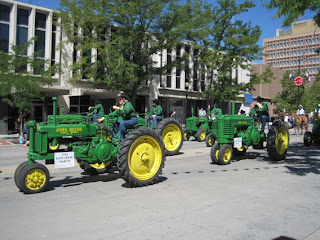 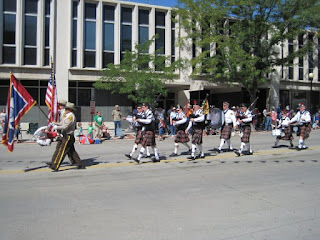 There was LOTS more, all of it interesting and fun.

A few of us went to F.E. Warren Air Force Base for their open house on the weekend. They had a tour of a few of the historic houses on base. I've never seen such base housing as this! Here's a house that's occupied by a colonel and his family. It was built in 1909 and it's over 6,100 square feet, not including the basement!! We weren't allowed to take pictures inside since it's a private residence. We saw 2 other houses which were equally beautiful, though the house occupied by a captain and his family was smaller ("only" 2500 sq ft). I wonder what they do with all the furniture when they leave and move to a base with smaller housing. 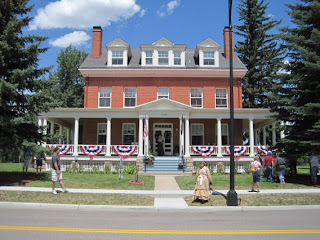 The rodeo is the highlight of Frontier Days. I enjoyed all the events which included:
Barrel racing 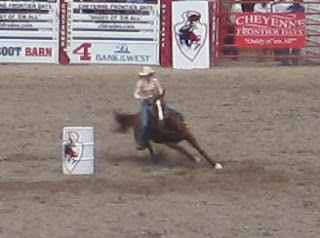 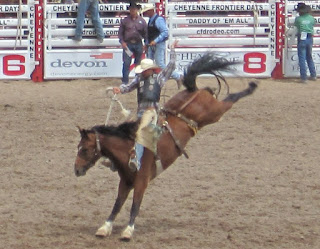 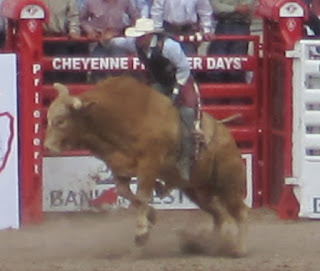 Diana has some more pictures and even some videos on her blog. Check them out here.

Our last day in Cheyenne, the Air Force Thunderbirds performed an airshow nearby. I watched from the roof of my RV. 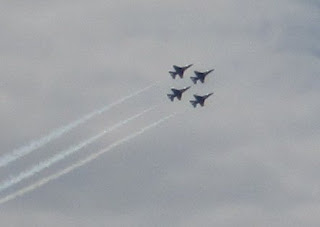 Now I'm on my way south to Colorado again for another week of fun with the WINs.