While visiting Martha in Scottsdale, I zipped over to the MIM one afternoon for a few hours.

This museum opened in April of 2010. It's the largest museum of its kind with over 15,000 musical instruments from nearly 200 countries in the world.

When you enter the museum, you get a headset with a device that turns the sound on to video displays throughout the museum.

Here's a display for a country. Note that there's a map that shows where the country is located. The videos show people making instruments, playing instruments, dancing, singing - what fun!! 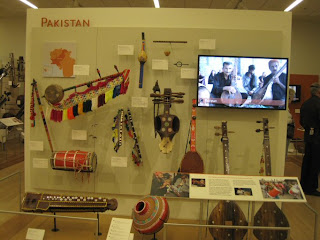 The displays are categorized in various ways: by country, territory, type of music, type of instruments, etc.
Some displays featured certain instruments like accordians and harmonicas, 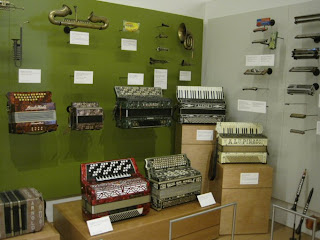 and the bowed strings. 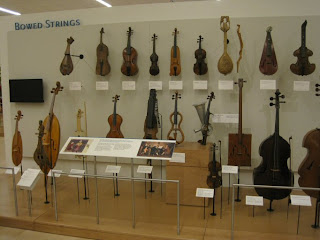 Different types of music were featured, such as Bluegrass. 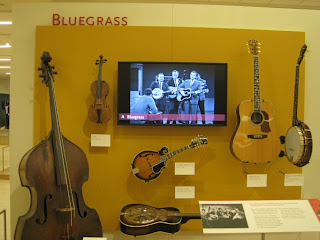 I liked the Martin Guitars display. There was also a video that gave some of the history and showed guitars being made. 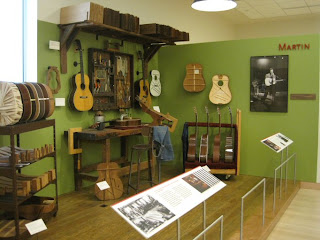 There's a room with many instruments that you're allowed to play yourself. 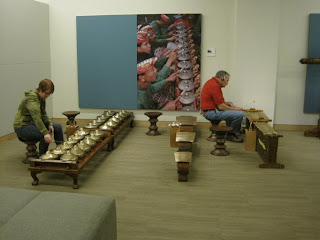 And there's a gallery of artists. 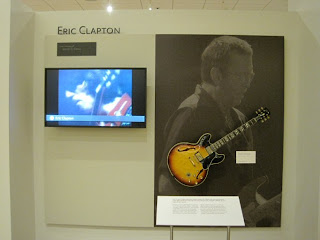 And there's more too and it's also expanding with new displays in the process of being built.

You could easily spend days here and not see and hear everything. I look forward to a return visit.
Posted by Nancy at 6:19 PM 4 comments: